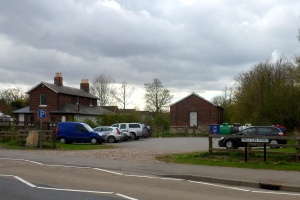 “We’ve got to ‘think big’,” argued the councillor “rather than tinker about at the edges, we should back a proposal that is going to make a significant difference to parking in the area.”

UPDATE – STRAW POLL: We the undersigned call on the East Riding of Yorkshire Council to safeguard the pedestrians of Hedon by installing parking Bollards in Hedon centre. 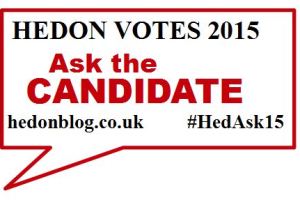 WITH the looming General Election rarely out of the news these days, it’s probably a good time to remind voters that on Thursday 7th May 2015 you also get to vote in LOCAL elections

Local people protested at the last attempt to build 28 homes on Wychcroft in Hedon (land North of Magdalen Lane), but the new re-planned vision just might win more friends…??

Can you see the ‘No Parking’ sign on the wall at Church Lane? Keyboard warrior Diana Freeman has launched a petition to make people aware of the poor signage which she claims is just a ‘money spinner’ for the council…

FOLLOWING the Hedon Blog (on behalf of resident Alan Hudson) raising with Hedon Town Council the issue of traffic congestion and hold-ups on a Wednesday morning as the market sets up, and then photographing last Wednesday’s traffic and noting the potential for chaos, a chain of events was […]

HEDON Town Council has agreed a rise of 5% in the precept (component part of council tax spent on very local services). The amount to be raised this year is £131,963, a levy of £62 on every household in the town. In reality this constitutes a standstill budget […]

Over 320 traders in Hedon regularly travel into the town centre in a vehicle and take up a parking space all day! – Perennial problems of vehicle parking in Hedon! A regular source of discussion, debate and controversy at Hedon Town Council!