UPDATE: The VE Day Competition in Hedon to find the “Best Dressed House” attracted fifty entries. Altogether over 180 photographs were sent to Hedon Town Council and judged by the Mayor Councillor Colin Billany who commented: “It was a difficult decision as there were plenty of good ones!” […]

A call to Mark VE Day 75 in photographs and video for posterity!

“AS we pay tribute to the World War II generation on #VEDay75, record your day in photographs and video for posterity.”

TRIBUTES will be paid on Friday 8 May from this generation to the Second World War generation who gave so much service and sacrifice during those turbulent times. And, from the safety of your home, it is hoped that you will join in with the activities.

There will be some prizes for 1st, 2nd and 3rd place chosen by the Mayor – but this is not about prizes, it is about showing as a town that we can still mark an important event in the spirit of those who came before us in the second world war – and we can still have fun too! 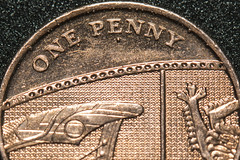