THIS is a Kelly Kettle and went missing from outside the Hedon Methodist Church on Tuesday night (14 June 2016) between 8 – 8:30pm. Do you have information that can help us get it back?

HUMBERSIDE POLICE would like help in identifying the woman seen in this CCTV image. An amount of beauty products where allegedly stolen from Boots the Chemist, Market Place in Hedon on Tuesday 27th January 2015. Officers would now like to speak to the woman seen in the CCTV […]

HUMBERSIDE POLICE are investigating the theft of a large amount of tools from a securely parked van on George Street, Hedon over the Easter weekend… 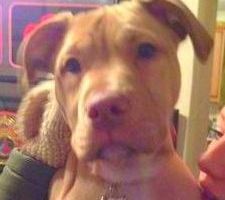 Champagne coloured Staffordshire bull terrier was stolen from a garden in George Street, Hedon last night about 7pm – did you see anything…..

Can you help identify these people?

CAN YOU HELP Humberside Police identify these people from CCTV images in the little Co-op?

Handbag theft from car – Keep valuables out of sight plea!

PC Bob Pyle: “Don’t leave anything on display when you leave your car. Keep valuables away from the car or out of sight.”… 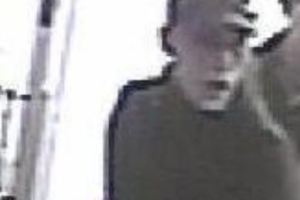 Do you know this person?

A FURIOUS Councillor Ann Suggit has contacted the Blog after finding out that one of the Remembrance Day wreaths has been removed from the cenotaph in Hedon Cemetery and found in the public toilets on Watmough’s Arcade today. The Remembrance Day parade was very well-attended this year and […]

HUMBERSIDE POLICE are appealing for information following a theft on Church Lane in Hedon. Garden equipment was stolen from a white van between 9pm and 9:30pm on Sunday 19th August 2012. Anyone with information asked to call the police non-emergency number 101 quoting crime reference 1925226.

POLICE are seeking information in connection with the theft of a classic style pedal cycle from a property in Church Lane, Hedon overnight from Tuesday 24th April 2012 into Wednesday 25th April 2012. The 1940s style shopper pedal cycle in black was taken from the rear garden of […]

Can you help identify these people?

POLICE DETECTIVES are asking local residents to help put names to these faces. Theft from Shop When: 5:36pm 19th November 2011 Where: Rhythm And Booze, St. Augustines Gate, Hedon, Hull. Basic Details: Two men entered the busy off-licence early in the evening. One man approached the counter and paid for […]

HUMBERSIDE POLICE are appealing for information following an act of theft and criminal damage at RIX Shipping Co, Alexandra Dock, Hull. Police were called to the report of 29 static caravans on the Rix Shipping site being damaged after the double glazed windows and doors were broken. Offenders […]