An old photo of Saint Augustine’s Gate in Hedon – possibly taken over 100 years ago…? Note: Car free – but different problems presented themselves in those days – horse muck in the streets!

Hedon Station – but when?

Can anybody offer more insights into the photograph? Perhaps you also have a copy or know some of the characters depicted? We’d love to be able to respond positively to Malc’s Challenge!

MALC RIPLEY has some more photographs – two of them – to share featuring local people from a bygone era:

In this article following an interview with Malc Ripley earlier this year (reproduced from the June issue of our newspaper, the Herald – which will be back later this year by the way), we find out a little bit more about our enthusiastic cricket correspondent.

THIS PHOTOGRAPH has been sent in by Malc Ripley and is of the Hedon Sports Committee that was meeting in the early 1960’s. If you are able to help Malc with his reminiscences about this photo, leave a blog comment…

CAN anyone help with these questions about Locarno Pond, Hedon and secondly, about Glencoe Villas, Hedon Road?

So, what were the most popular articles during 2014 – and which did we enjoy writing….? 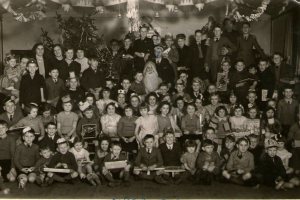 THIS PHOTO from the collection held by Malc Ripley is believed to have been taken in the Alison Hall about 1932 and shows a group of local children at a Christmas Party. Father Christmas is sat in the centre and it looks as if he has been very […]

Where is this photograph taken? Do you recognise anyone? Believed to be a works family trip out in 1937… 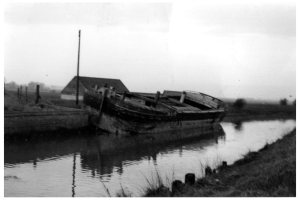 RIPLEY’S REMINISCENCES returns today with a photograph of a barge on the Hedon Haven taken in 1952. Another reminder of the role our waterways have played in the history of the town. The Hedon Haven was a watercourse linking to the Humber that once made Hedon one of the most important […]

THIS photograph was taken in the 1950s. It has been sent in by Malc Ripley to accompany his earlier photo submission of Hedon Youth Club members. Like that photo it’s taken on Market Hill in Hedon. It looks like a photo of a sports team and supporters. We do […]

MALC’S BACK with his Ripley’s Reminiscences! Today we bring you a photo taken on Market Hill of members of a youth club which used to meet in what is now the Church Hall in Magdalen Lane.