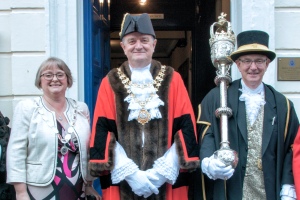 THE 673rd MAYOR of Hedon Councillor Colin Billany and Mayoress Mrs Yvonne Billany will be attending their Civic Service and Parade on Sunday 13 October 2019. The parade starts at 1.35pm at Hedon Market Place.

THE 668th MAYOR of Hedon Councillor John Dennis and Mayoress Mrs Jennifer Dennis will be attending their Civic Service and Parade on Sunday 28th September 2014. The Parade is a key event in Hedon’s civic calendar and  attracts both residents and visitors who gather to watch the proceedings. The […]

THE PARALYMPIC LANTERN will be part of the Hedon Mayor’s civic parade through the streets of Hedon on Sunday (30th September 2012). This will give local residents and visitors to the area the opportunity to see this poignant symbol of the Paralympic values of courage, determination, inspiration and […]

Mayor’s Sunday 2012  CIVIC SERVICE AND PARADE This event is organised by the Hedon Town Council. For more Information contact: 01482 898428. 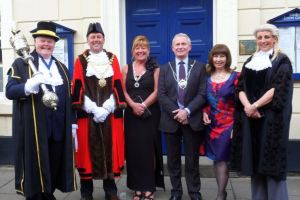 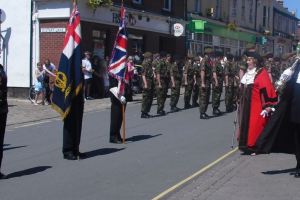 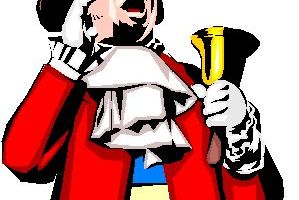 THE MAYOR’S CIVIC SUNDAY traditional Parade and Service takes place on 27th June 2010. The first leg of the Parade will start at 1.35pm in Market Place and head towards St Augustine’s Church for the Service at 2pm. The formal salute to the Mayor will take place at […]

The Hedon Town Mayor will host the annual civic service and parade this coming Sunday 7th June 2009. The Mayor, Councillor Ann Suggit, other civic dignitaries and the Humberside and Yorkshire Army Cadet band will begin the parade in the Hedon market place at 1.35pm followed by a […]