HEDON is home to its own cricket club with over 130 years of history in the town. The South Holderness Cricket Club (SHCC) held its Annual General Meeting recently at its Middle Lane Pavilion and elected its officers for the coming year.

BONFIRE NIGHT at the Haven Arms has become a real community event in Hedon with a reputation for providing a spectacular display. This year a few people were disappointed at what seemed a rather small bonfire waiting to be lit compared with previous years – “It’s an austerity […] 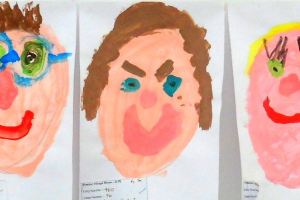 These ‘pleased as punch’ parents at Preston Show

THESE PARENTS were probably visiting Preston Village Show on Saturday (21st July 2012) – even if only to see these drawings done of them by their children! Preston Primary Years 1 and 2 drew these 🙂 It was a glorious day for the Preston Show with the sun […] 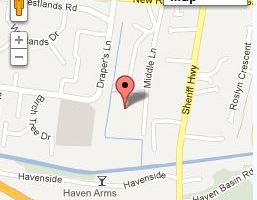 LOCAL CRICKET: The South Holderness An Xl travelled to Newport and improved their performances to register their second win (writes Malc Ripley), which lifts them up to third from the bottom of the Y&DSCL Eastern Conference Div 1, 29 points to the good of base side Skidby. With […]

HEDON OPEN GARDENS took place last weekend and 9-year old Oliver Worsnop visited them with his Grandfather. Oliver took lots of photos of all the wonderful gardens and flowers – here we publish a selection of his favourites. Congratulations Oliver on your lovely photographs – and a great […]

ANGELA RENDELL pictured above carries the Olympic Torch through Sutton on Monday 18th June 2012. Angela was born and lived in Hedon until she got married – so we’re sure she’s also carrying the torch for Hedon! This photo of Angela was sent to us by John Atkinson from […]

FOLLOWING its recent refurbishment the Bloggers visited the Kingstown Hotel to sample the menu. We were entertained by pub manager Stuart Plumb and his partner hotel-manageress Chris. Stuart and Chris gave us some behind-the-scenes insight into the operation of the busy pub, and the changes made since the refurbishment and […]

Discover why Hedon is special!

THE YORKSHIRE LIFE March edition which features Hedon has been published and is now available to buy at £3.15. The feature revolves around the Hedon Navigation Trust and the “bold and impressive vision” to open up the town’s ancient waterways and bring water back to the Haven. The vision is […]

TEN PEOPLE volunteered to help restore Horsewell Pond at a Community Day on Saturday arranged by Hedon Town Council and the Yorkshire Wildlife Trust. The first task was to dig out the reeds by the roots. The reeds have taken over and stilted the pond – and literally sucked the […]

I SAW last night’s showing of the “Leg-End of Sunk Island Treasure Island” and must say its one of the best-ever performances we’ve seen from Hedon Drama Group. The kids will love it – and there’s enough naughtiness implied to keep us adults entertained too. Dave Jordan was […]