POLICE are seeking witnesses to a fatal road traffic collision that happened at approximately 2:30pm on Saturday 30th July 2011 on the B1239, Wyton Road, Bilton. A red colourer Ducati motorcycle was involved in a collision with a yellow Ford Puma travelling in the opposite direction. A 40-year-old Hull […]

DETECTIVES ARE APPEALING for witnesses following an alleged robbery which occurred at the rear of George Street and Iverson Close, Hedon. The alleged incident took place between 11:30pm on Saturday 9th July and 2:15am on Sunday 10th July 2011. A 28-year-old man was walking home following a night […]

Police appeal for volunteers to help with search for missing Marlene

POLICE ARE STILL ASKING FOR HELP from the public to help locate a missing Withernsea woman, Marlene Wagstaff. Mrs Wagstaff was reported missing on Friday 22 July 2011 and since then a large scale search has been undertaken by the police and coastguard in an attempt to locate […]

OPPORTUNIST THIEVES took advantage of an insecure door at a house in Burstwick, East Yorkshire, gaining entry and stealing property. The incident happened between 5:45am and 2:40pm on Wednesday 20 July on Pinfold Villas, Burstwick. The suspect got into the house via insecure patio doors at the rear […]

POLICE ARE CONTINUING THEIR SEARCH to locate missing 77-year-old Withernsea woman Marlene Wagstaff. They have released images of the shoes it is believed she was wearing when she left her home address. The shoes, both of a dark brown colour, are not a matching pair and police are […] 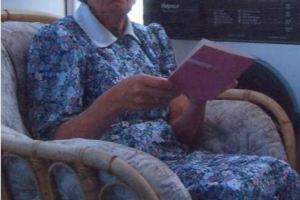 HUMBERSIDE POLICE are asking for help from the public to locate the current whereabouts of a missing woman. 77-year-old Marlene Wagstaff (pictured) of Withernsea Road in Withernsea was reported missing at 9:51pm on Friday 22 July 2011. Marlene was last seen as she left her home address at […]

HUMBERSIDE POLICE OFFICERS are appealing for information following a spate of graffiti incidents in the Withernsea area were purple coloured pig skin dye has been used. The pig skin dye comes in a spray canister and has been used to spray lamp posts in Elstronwick and vehicles and […]

POLICE ARE WARNING RESIDENTS TO BE VIGILANT following a burglary which occurred in Burton Pidsea on Monday 27 June 2011. Between 3:00am and 4:30am, someone broke into the integral garage of a property on Back Lane, Burton Pidsea. The offender(s) stole several items from within including: 1 x […]

THE FIRST EVER HUMBERSIDE POLICE VIRTUAL COMMUNITY MEETING took place  on the (click link) Humberside Police website last night. This was a ground-breaking effort to use the internet to reach a wider and different audience and seems to have been a success. Sgt James Main from the Neighbourhood Policing Team in Scunthorpe who facilitated the virtual […]

HUMBERSIDE POLICE are appealing for witnesses following the theft of electric cable on Neat Marsh Road, Preston, Hull between 3pm on Thursday 9th June and 3:30pm on Friday 10th June 2011. The offenders climbed up five 15ft electrical poles before cutting through the 11,000 volt earthing cable and […]

HEDON NEIGHBOURHOOD POLICE OFFICERS are holding a crime prevention day in the Co-op car park on Hull Road, Hedon on Saturday 25th June 2011 with a specific focus on shed, garage and garden security. Between 10am and 3pm the Neighbourhood Policing Team will be working in the car […]

POLICE ARE APPEALING for information following the theft of a motorcycle in Hedon. Sometime between 2:00pm and 6:00pm on Saturday 28 May 2011, someone stole the motorcycle from outside of a property on Brevere Road. The motorcycle had been secured with three padlocks to the brake discs so […]