WITH the preponderance of malicious ‘fake news’ on social media, and the terrible pandemic impacting on us all, then the idea of pulling off a light-hearted April Fool’s prank is no longer very appealing. However, in calmer times the Hedon Blog (HU12 Online) has never shied away from the odd trick or two.

Jim Uney from Hedon can be quite a trickster and he says mischievously in defence of his 2016 effort: 350 space Multi Storey Car Park for Hedon that “if it had been adopted and the Public had listened to us, the reverse parking problem wouldn’t exist!”

Possibly as controversial now as it was then, the finding of ancient artefacts leading to Hedon gaining legal administrative control of East Hull, was the subject of Hedon to regain ‘lost’ East Hull territory? in 2014. The article was by prompted our esteemed Cllr John Dennis. And perhaps the word mischievous might be coined for this article too?

The Expedition to the Ottringham Caves in 2014 was widely considered to be an April Fool’s joke – but it was actually true. Protagonists Paul Sanderson and Keith Chadwick have never been the same since their return from the caves!

Wally the 35-year old escaped Ostrich caused quite a stir in 2013 and was even reported on a local radio station. One person put out a bucket of ale for the beer-loving bird (I know, because it tasted lovely!).

There was a bad stink in the air over our report about the new Green Airport destined for Hedon as airships return to the skies.

My personal favourite, and dedicated to Dave Young, but here would also like to dedicate to current Macebearer, John Dawson,  and the late, great Douglas Goulsbra is The Way of The Macebearer from 2015 and is recounted here in full:

The Way of The Macebearer

It is very interesting to note that the official notice (of the job of Macebearer) does not use the historic title “Master of the Mace” and the “Keeper of the Way” in the role title. This is not accidental. The names “Master” and “Keeper” are only conferred on the initiated and refer to the generations of secrets kept by mace bearers in Hedon.

The mace was a medieval fighting weapon and the first Ceremonial Mace in England was Hedon’s (granted by Royal Charter in 1415) and still forms a part of our town’s historic silver collection. But the actual wooden maces used to defend the Hedon Mayor date back even further to the times when the borough was a bustling port. This was when traders from the Orient brought more than spices to the port of Hedon!

At that time, the Mayoral role was influential in all forms of economic and wealth creation activity, and the Mayor would be a wealthy man himself – this necessitated him having a whole team of bodyguards or mace bearers to defend him, led by a Sergeant at Mace. However, brigands would quite often amass in force or use swords (illegal to carry unless authorised by The Crown) to assault the Mayor and his party and rob them. So the mace bearers needed an extra advantage and they found this in the form of kenjutsu – a martial art believed to have originated in Japan that involved fighting with wooden sticks.

Mace bearers arranged tutors from amongst the Oriental practitioners of kenjutsu that were visiting the port, and a whole offshoot of the martial art developed unique to Hedon which became known locally as “The Way”. Experts in The Way became Masters (or Masei).

The Way utilised methods which would have shocked the aristocracy at the time and bordered on illegality and so the whole practice was steeped in secrecy. The Way was handed down from father to son and the secrets guarded jealously. History tells us of the form of public humiliation in Hedon known as Riding the Stang and apparently, whilst normally used to punish wife-beaters, this was used as a punishment against those who dare reveal the secrets of The Way.

When the Mace Bearer post became more ceremonial and only one such position was needed rather than a whole team, it was important that the post holder, not only knew The Way, but was Masei too.

The Way today is not about fighting as in the olden days, it is about being agile and stealthy: Can you be at a function without being noticed? Can you traverse a hall with wooden floorboards without disturbing the Mayor’s speech? Can you quaff the toasting wine in ceremonies and still remain alert and be ready to spring into action and save the day?

Rumour has it that in order to become “Master of the Mace” you have to tiptoe surreptitiously across the council chamber floor which is layered with rice paper. If you can carry the ancient silver mace across that floor without leaving a mark on the paper then you are Masei!

We will be sorry to see Dave Young retire – he has certainly carried out his duties with dignity, honour and grace and has been a perfect ambassador for the town of Hedon.

Dave in his personal life has defended Hedon too! Last year he stood out in the town centre for several days in a one-man protest replacing the Mace with his placard warning Hull “Hands Off Hedon!” in the campaign to defend the historic identity of the town. But then he would, wouldn’t he! That’s His Way! 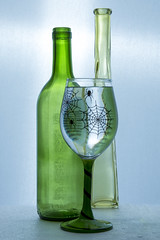 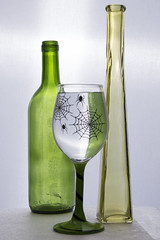 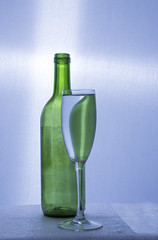 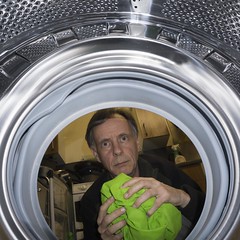