THE 673rd MAYOR of Hedon Councillor Colin Billany and Mayoress Mrs Yvonne Billany will be attending their Civic Service and Parade on Sunday 13 October 2019. The Parade is a key event in Hedon’s civic calendar and  attracts both residents and visitors who gather to watch the proceedings.

The Civic Parade made up of the Humberside and South Yorkshire Army Cadet Force Band and troops, Hedon Town Councillors, the Lord Lieutenant or Deputies, The Chairman of the East Riding and local organisations (usually the British Legion, Guides, WI, and other civic guests), will gather in the Market Place ready to set off at 1.35pm.

After the service in the Church, the Parade will take the following route Church Lane > New Road > St Augustine’s Gate, back to the Market Place where the Mayor will receive the official salute as the Parade passes by. 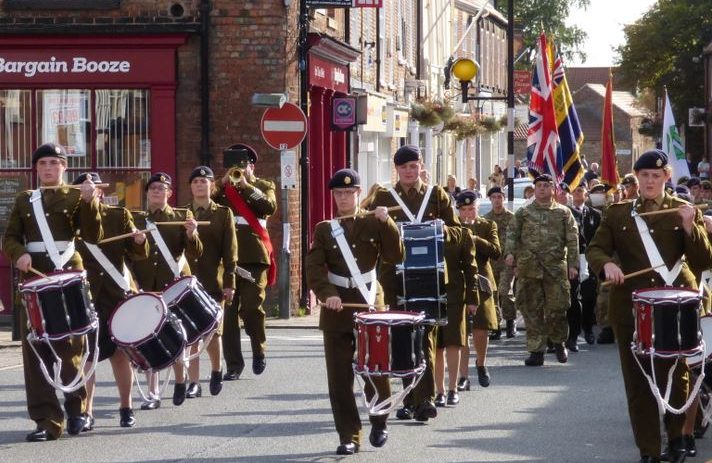 Everyone is welcome to attend and support this annual civic event and service.

Note: Road closures and bus diversions (No 277) will be in place in Hedon Town Centre from approximately 1pm – 3pm.