WORK on one of the sequence batch reactor (SBR) tanks at Yorkshire Water (YW) waste water treatment works at Saltend has been captured by a time-lapse camera. The resulting video has been published on YouTube.

Paul Carter, Communications Manager at YW explains: “Over the past few weeks, we’ve had a time-lapse camera located above one of the SBR tanks at Saltend to capture the work that is taking place to replace the aeration system in the tank. The footage, which was captured over 13 days, has now been compressed into a one-minute video.”

“At the start of the video you can see three large pipes going across the floor of the tank, these are the old aeration system which provided the air to keep the microbiology healthy.

“As you can see the new system almost completely covers the floor of the basins. The new diffusers have hundreds of pin size holes which release small bubbles of air. These small bubbles provide a much greater surface area of air, meaning it gets to the microbiology much more efficiently. All this means we can now get much more air to the microbiology, helping to keep it healthy even when the loads coming into the site are high.”

The work depicted in the video is taking place in each of the eight SBR tanks on site at the YW plant. It is a component part of the company’s £30m pound investment at the Saltend works aimed at tackling odour issues.

In other news from Yorkshire Water: Eastside Community Sports Trust who received £5,000 from the Yorkshire Water Community Fund have purchased their new grass cutting machine with the funds. 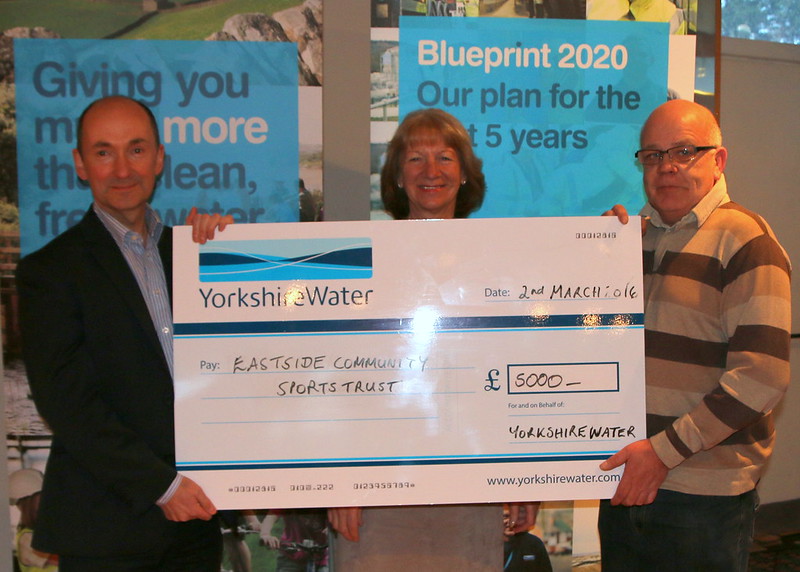