AS part of their response to causing a public nuisance with their foul odours, Yorkshire Water has begun to publish regular updates on the company website at a special Saltend waste water treatment works webpage.

The main statement from the company focusses on its aim to have measures in place by the pea (peak load) season (June, July, August) in 2016 to prevent odours being generated.

Yorkshire Water claim that these two improvements will increase the treatment capacity at the waste water plant by around 25%.

At the Birds Eye plant in Brighton Street, Norbert Dentressangle processes one tonne of peas every minute during the pea season. The waste water (and eventual smelly effluent) is generated as the peas are washed and cleaned and also from the water used to cool the peas down after being blanched before being frozen.

The idea of working at the pea factory to treat the waste water there before it is discharged into the sewers, is not a new idea. It has been mentioned by Yorkshire Water at meetings with councillors as far back as 2013 as an option to be explored.

So why haven’t pre-treatment measures at the Brighton Street pea factory been implemented already?

How far have these talks about pre-treatment at the pea factory progressed?

We assume that any thing that affects the lucrative and profitable operation of the pea factory will be of enormous concern to Norbert Dentressangle. But the pea season takes place over nine weeks in the summer which would seem to allow lots of time to carry out and install any new processes/machinery between seasons?

Following Yorkshire Water’s statement that the treatment works has been receiving flows of waste water far beyond the capacity (up to 125%) it was designed to treat during the pea season, then we have to ask hypothetically whether the pea processing should even be allowed to take place at all in West Hull, when clearly the city’s waste water treatment works facilities can’t cope!?

Also, hypothetically, if another agricultural giant company (rhubarb, broad-beans perhaps!?) was seeking planning permission for a similar scale factory with similar processes – then Yorkshire Water, as a consultee in the planning process would have to object, because they know their infrastructure wouldn’t be able to cope!

It is good that Yorkshire Water is publishing information on its website for public consumption, and that councillors are continuing to meet and monitor the company, but the Stench at Saltend protesters and the Hedon Blog haven’t gone away – and the awkward questions will continue to be asked of Yorkshire Water (and its partners); and the company will be held accountable for their actions and statements.

PS: Since April 2015, Norbert Dentressangle became part of XPO Logistics, Inc. XPO was formerly just USA-based, but is now a global provider of transportation and logistics services, with annual revenue of approximately US$9.2 billion, more than 52,000 employees with 850 offices in 27 countries. 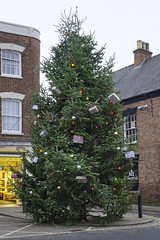 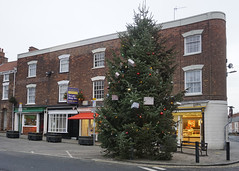 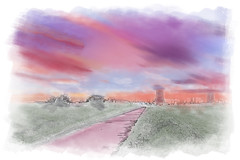