AN outbreak of election mania hit Hedon Town centre this morning (Wed 22 April) as three parties (Conservative, Labour and UKIP), six county election candidates (seven if we count one visiting candidate standing in another ward) and one  (see comments) Parliamentary Candidate – and all their campaign supporters visited the Market Place.

At one point there seemed to be more election campaigners than shoppers and members of the public, but it was good to see the parties trying to win over our hearts and minds.

There was a slight downside to the otherwise buoyant campaigning atmosphere and that was when Labour’s Brian Stockdale took a dizzy turn and stumbled to the floor. But it was heartening to see his comrades and members of other parties rush to help. Fortunately, Brian was OK and toddled off for a refreshing cup of tea with one of his party opponents.

This is not the first time that campaigners have been called upon to offer assistance to people in distress.

Whilst Canvassing in Hedon Town Centre last year, UKIP members were told about an elderly man who had got locked inside the public Toilet on Watmough’s Arcade. After 20 minutes of trying to unlock the door using improvised tools, the fire brigade was called and the man in his 60’s was released. Upon leaving the loo he was gob-smacked to see it was rosette wearing UKIP members who had tried to help him – and the story goes that he immediately pledged his vote to the party!

So if not of that persuasion – beware getting locked in the loo; it turns you purple! 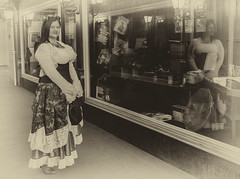 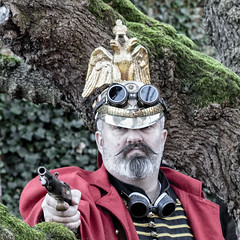 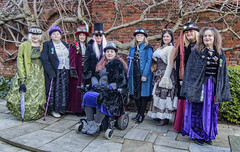 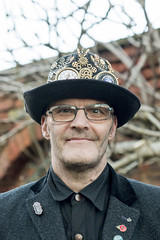