DANNY PLATTEN an ex-Hull trawler skipper living in Holderness Grange, Hedon is making the news this week due to the success of his latest book.

Charlie: A Hull Story tells the tale of Charlie Robinson growing up in the Hessle Road community of the 1950’s. It’s a story of laughter, love and loss written in the vernacular and firmly embedded with the humour of the time in which its set.

Danny (76) says that he has written Charlie to ‘tell it the way it was’ in the 50’s. The mix of nostalgia and affectionate story-telling in the book certainly seems to have been a hit with readers; the first batch of 100 books to go on sale just before Christmas 2014 in the Waterstones store in Hull City Centre sold out in days. The second batch has sold well too, my copy was bought yesterday and there was only one other copy left!

Charlie is a work of fiction insists Danny, but his friends keep questioning him whether the character Charlie Robinson is actually based on Danny’s own exploits as a younger man. ‘Definitely not!’ says Danny with a glint in his eye ‘it’s all from my imagination. And although the cover of the book shows a picture of someone who looks a bit like I did during the fifties, it’s just coincidence.’ 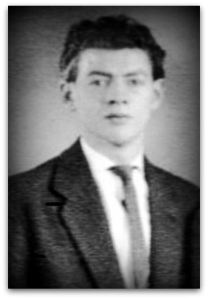 People could be forgiven for confusing his fictional tale with fact, because Danny’s first book written four years ago was an autobiography recounting his life-experience as a skipper. From the Arctic to Angola is about Danny’s sea-faring life which includes his narrow escape from sailing on the Hull trawler St Romanus when it sank in the triple trawler tragedy in 1968.

Danny has several other books under way although he’s now keen to write a follow-up to Charlie.

Find out lots more about the new book and about Danny in this week’s Holderness Gazette. 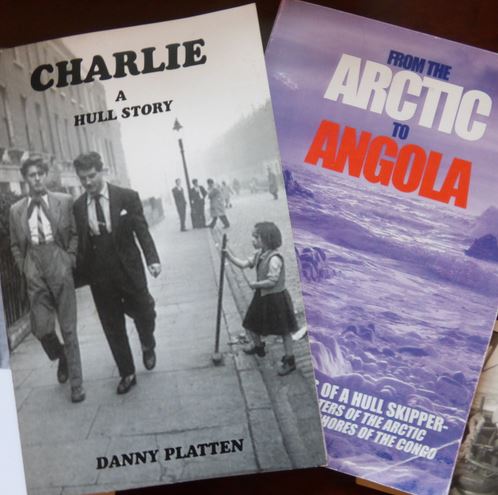