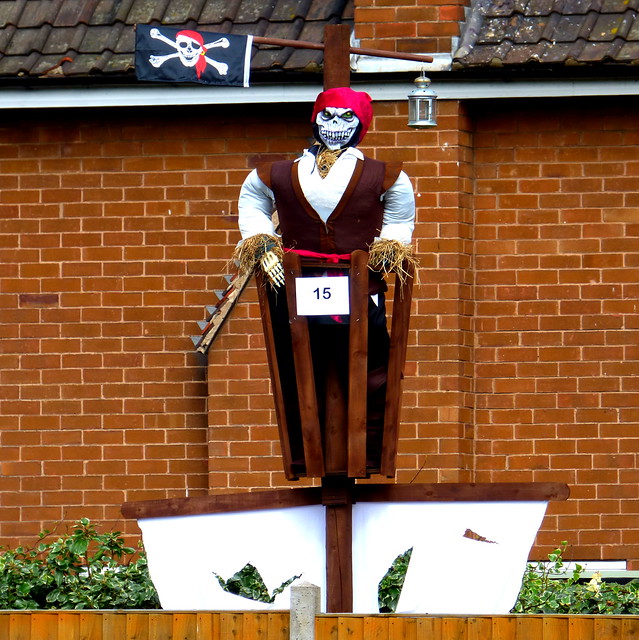 THE WINNERS of the Hedon Scarecrow Walk 2014 were awarded certificates and trophies last night at a special awards evening hosted by Hedon Mayor and Mayoress Councillor John and Mrs Jennifer Dennis.

Samantha Banks and husband Chris get trophy from Hedon Mayor and Mayoress. Cllr. Rommell is on the left.

‘Winners’ is probably the wrong term to use, because all of the scarecrows (on Flickr) created for the event over the weekend of 13/14 September were winners as far as organiser Councillor Sarah Rommell was concerned. Last night was about recognising the work put into creating the 50+ scarecrows as well as those who were ‘scored the best’ by a Hedon Town Council judging panel.

The overall winners of the main category were Samantha and Chris Banks for their Scarecrow Pirate who looked out over Maple Lane from his crow’s nest – and who even lit up when it got dark. Samantha said she’d really enjoyed making the scarecrow and didn’t really want to dismantle him and left him perched up at his post for a week before reluctantly taking him down!

The winners of the ‘Schools, Youth Groups and Nurseries’ Category were Hedon Brownies, Guides and Rangers with their Camping Scarecrows. That display had featured an appeal for a new Rainbows (youth section) leader to step forward and volunteer. Victoria Walsh from Hedon Guides was delighted to report that the Scarecrow Walk display had indeed prompted someone to volunteer! 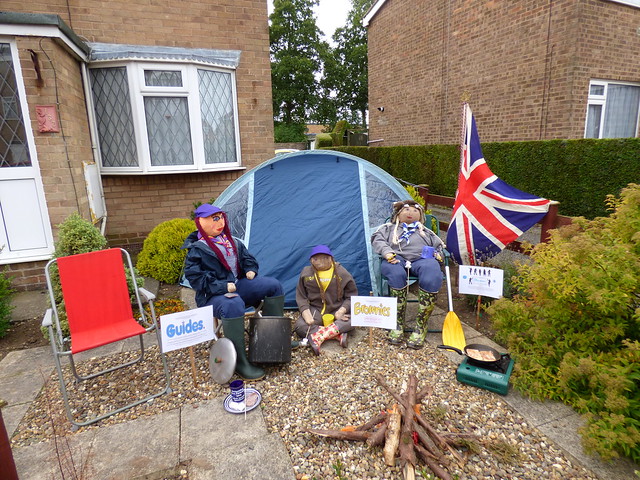 Guide, Brownie and Ranger – but no Rainbow!

Councillor Rommell the competition organiser gave her thanks to all those that had got involved in making over 50 scarecrows – she said they were the ones that had made the weekend happen and should get the credit for creating such a nice atmosphere.

The children and youth groups

Winning Pirate lookout even during the night! (Photo Chris Banks) 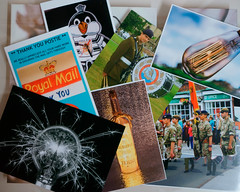 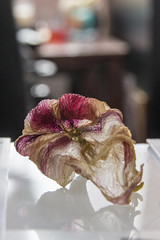