The Future of Policing – Your views sought

HUMBERSIDE POLICE is redesigning the service it provides to the public. The Chief Constable of Humberside Police, Justine Curran, has described the changes proposed in the booklet The Future of Humberside Police – One Team – Making a Difference as a ‘radical rethink’ of the approach to policing.

The new policing approach to be adopted from April 2015 has been shaped by the political context of austerity; since the current Government came to power in 2010 Humberside Police have experienced £30 million cuts, a further £31m of ‘savings’ have to be made by 2019 and as part of the solution to this the Chief Constable has announced in the media that 200 officer posts and 500 civilian jobs, including about 40 PCSOs, will be lost.

However, despite the cutbacks the Chief Constable has claimed that the changes will result in a better police service:

“by stripping out layers of bureaucracy, creating a large flexible team of staff, harnessing new technology and focusing our resources in the areas and at the times of greatest need, we are confident that we can maintain and enhance our service to the public.”

The model proposed for Humberside Police would be ‘demand-led’ so that more police resources would be mobilised to tackle emergency and priority incidents dealing with immediate threat, harm and risk.

We don’t have the same levels of crime in Hedon as they do (for example) in Hull where there is a higher crime rate per head of population. But the district does have its own specific needs due to its remoteness, geography and the nature of rural as well as urban crime. The Chief Constable has said that extra resources will be allocated to rural areas above and beyond a simple ‘demand analysis’. However, considering that the neighbourhood policing teams will be integrated with the forces main investigation teams, we wonder what the face of local policing will look like after April 2015 – indeed whether that term ‘local policing’ will have the same relevance at all?

We have shared the Making a Difference booklet below on Scribd (also on Google Drive). The document has been designed primarily for internal distribution in the police force and for circulation to the force’s partners, but has been shared by Police and Crime Commissioner for public consumption.

In reading the document we ask readers to consider carefully the service we expect locally:

This simple survey (added 3rd October) aims to discover readers’ views/experiences in regard to the Humberside Police and Crime Commissioner.


We hope to collect the views and opinions of local residents on the above – and indeed on any other concerns and questions about the proposed changes. We then aim to present these to the Humberside Police and Crime Commissioner for his consideration and any response.

Read the document (or full page version) and please leave a comment below – if you do not want to go public with your views, then email Ray Duffill, the Editor at hedonblog@gmx.com put POLICE in the subject header.

View this document on Scribd 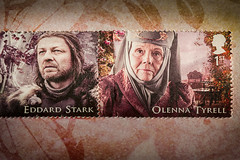 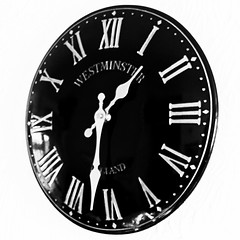