The ‘business’ of enjoying cricket

ENJOYING the cricket in the summer sun, relaxing to the sound of the ball ‘thwacking’ the cricket bat, the roar of the spectators “Howzaaaat!” as the South Holderness bowler strikes…. it’s a traditional Saturday past-time which has been enjoyed in Hedon for over 131 years courtesy of the South Holderness Cricket Club (SHCC). But the effort involved in ‘making cricket happen’ is an untold story.

The Annual Meeting of SHCC took place last week at Middle Lane Pavilion, and much of the meeting was taken up by the subject of financing the Club. Although SHCC is a not-for-private-profit leisure group, the ‘business’ of making cricket happen is crucial to ensuring the Club’s survival and the town’s enjoyment of the sport.

Keiron Metcalfe is the Club’s Treasurer, and while saying that playing cricket based from the Town is currently financially sound, he emphasised the fact that the margins between surviving and sinking are very narrow indeed. His message, with no pun intended, was: “We’ve had a successful year, but we can’t afford to take our eyes of the ball!”

This year’s cricket season benefitted from the good weather which meant that more spectators turned out to support the local teams, and – importantly – patronised the Club’s bar. Also the role of the match ball sponsors in helping to ensure that each game was financially viable had helped ensure sustainability. Additionally, the occasional social events and private-hire functions at the Pavilion had contributed to the Club’s overall survival. However, conversely, if the weather had been bad, if spectators had kept away, if sponsors had not been forthcoming; a very different scenario could have emerged.

Gratitude was expressed to the subscription-paying player-members of the Club. Their involvement not only provided the First Team and the An XI with enough players, but their timely payment of annual subscriptions (£60) made the Club viable.

The Annual Meeting of the Club at the Pavilion revealed the tremendous effort from the volunteers that goes into local cricket. The Hedon Blog is sure that residents in the town will join us in saluting that commitment – but don’t just lavish praise on the Club; go and watch the matches next season, enjoy a drink or ten in the Pavilion, use the Pavillion for your meetings and social events, become a Match Ball Sponsor – and even consider becoming a Player!

Enjoying cricket in Hedon is a serious business – long may it continue!

Photo: Taken at one of the season’s opening matches at Middle Lane. 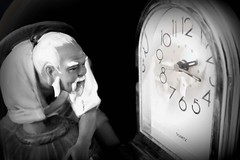 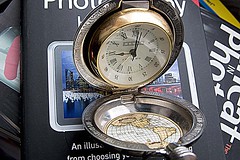