HEDON YOUTH GROUP held its first ever session on Friday 16th October 2009. The group has met almost every Friday night since then for four years!

The Youth Group members were celebrating their 4th anniversary last night (18th October) with a special ‘sleepover’ at their Red Cross headquarters on Sheriff Highway . 18 young people were due to spend the night in sleeping bags under the supervision of three of the group’s volunteer youth workers.

As the regular group session got under way, with the table-tennis table being put up and the celebration cake brought out (made by Jason Brigham), the volume of excited chatter began to rise – and rise, and rise! It was certainly going to be a noisy group night! The sleepover was due to take place from 9pm until 8am the next morning – and was the first time the group had held such an event in the Red Cross building.

The Youth Group is managed by volunteers and opened in 2009 as a result of a previous four-year campaign led by local people to improve the range of activities for young people in the town. Catering for 12–17 year olds, the group meets between 7pm and 9pm every Friday – except when the group members are out on trips.

Di Storr, on behalf the Youth Group, said:  “I’d like to give a big thank-you to all the volunteers, past and present, that have supported the Club over the last four years. Without them there wouldn’t be a Youth Group!  We have on average 25 young people who regularly attend – and I think they are as proud of the Club as we are.”

One of those sending their congratulations to the group on its anniversary, was Hedon Town Councillor Sarah Rommell who wrote to the Blog last night: “Happy Fourth Anniversary to Hedon youth Group! The 16th of October marked your 4th year. And tonight, the 18th of October the youth celebrate.

Congratulations to Councillor Dianne Storr and team for the great work you have done, investing your love, support and time to inspiring and nurturing the youth of Hedon.” 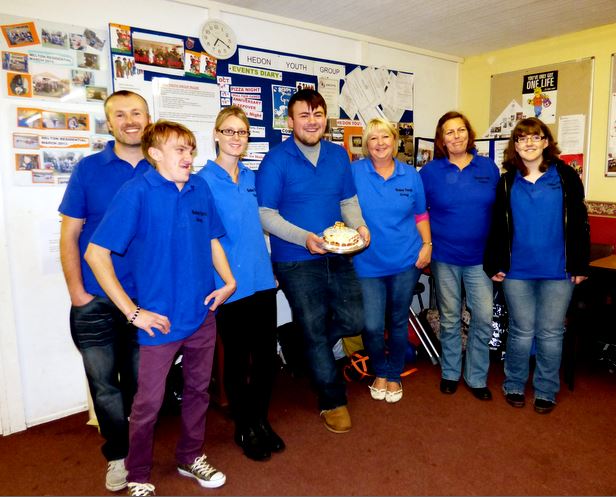 The Youth Group is always on the look out for more volunteers. If you are able to help, either regularly or occasionally, then please contact them on admin@hedonyouthgroup.org