The recent controversy around the decisions to build more wind turbines and farms in the East Riding has prompted this contemplative blog post. Your views are invited on this blogger’s observations:

It has been calculated by government advisers that if within 10 years power generating capacity is not increased i.e. more generators are built, then the UK will have effectively lost one third of its ability to produce electricity creating an ‘energy gap’. Additionally, the planet faces the much publicised global threats of climate change. 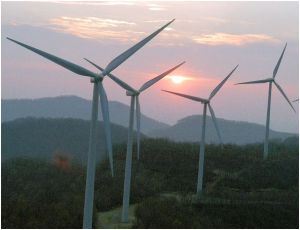 Wind power has been proposed as a future source of cheaper energy that is also ‘renewable’ i.e. it doesn’t deplete an exhaustible resource as is the case with coal, gas and oil. There are initial costs associated with any energy producing technology, but once in place wind turbines do not require further fuel to operate – just a ready supply of wind.

Whilst most people would welcome the use of renewable sources, the situation changes when faced with the practicalities of construction. Wind turbines need windy places to operate. And not everyone is happy with the building of 210ft tall towers with three 130ft rotating blades near where they live.

Countryside campaigners claim that wind farms destroy scenic views, are noisy and kill birds. But its not just a case of complaints from NIMBYs the “not in my back yard” brigade; some environmentalists claim that wind farms are not the answer to the problem and are uneconomic unless constructed on a truly massive scale. They claim that every mountain, hill and large open space would have to house wind turbines in order to generate enough energy to significantly make a difference to meet growing national energy demands. It is claimed that this construction programme would cost billions and destroy the countryside in the process. Gigantic wind farms would have to be constructed out at sea, not only inflating costs even more but causing irreparable oceanic damage.

So what is the answer to the looming energy crisis if not by investing in wind power? Can we utilise the oceans and rivers in an environment-friendly manner to generate water power? Is the answer to be found in developing  nuclear power!? Or is the country destined to deplete its resources today and pass the problem on to future generations tomorrow?

What are your views on this controversial issue?